The Truth about Gluten and Acne 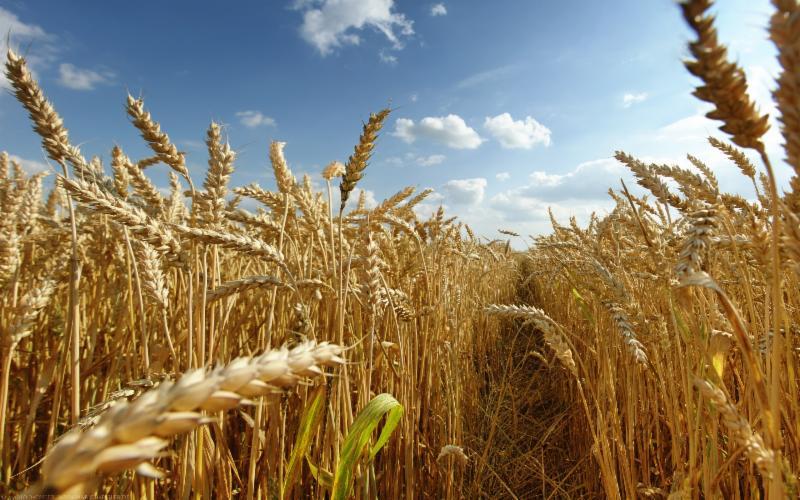 Ten years ago, the average person would have never even heard of gluten; however, today it seems to be the one thing that people can't stop talking about! It also became a nutritional villain blamed for all sorts of health issues, and a marketing bonanza occurred within the food industry as a whole range of gluten-free products were born and brought to market to provide those who truly should avoid (and those who believe they should avoid) gluten rich products.

So is this anti-gluten rally a step in the right direction to healthier living or yet another food fad?  And more importantly, can eliminating gluten really help with acne breakouts?

What Is Gluten Exactly?

For a subject that is so widely talked about, many people still woefully misunderstand gluten. In a nutshell, gluten is a substance found in wheat, rye, and barley that act as a sort of "glue"- it's what gives dough its elastic, sticky texture. More scientifically, it's a combination of two proteins (gliadin and glutelin) and is used as a source of nutrients for plant embryos during germination. To be precise, almost all foods including fruits and vegetables contain a certain amount of gluten with grains being known to lead the way.

Is Gluten Detrimental to Good Health?

Gluten is one of those few substances where a dividing line is quite easy to learn if you look for it in the right way.  There is a limited group of people who suffer from a disease called celiac disease that makes them non-tolerant of gluten. This is a condition in which a person's immune system reacts adversely when gluten is broken down during the digestive process, and it includes symptoms such as diarrhea, fatigue, joint pain, and even intestinal damage. Obviously those people should eliminate as much gluten from their diet as possible.  There are also a number of individuals who have a gluten sensitivity that makes them somehow less tolerant to a larger amount for gluten.  Finally for most people, gluten poses no problems. For people without celiac disease or high level gluten sensitivity, gluten containing products pose no threat, and in fact, attempting a gluten-free diet could actually be detrimental to their health.  Some packaged gluten-free foods may lack some essential nutrients and the balance you need.  Yet on the other hand, a gluten free diet may be healthy and beneficial if you use healthy home made recipes that provide for a balanced diet. One of my colleagues, Erika McQuade, experiments alot with gluten free cooking, and she forwarded me this barbecue lentil recipe that she's going to be making this weekend. Looks delicious!  Please note that it is wise to consult with a registered dietician before making any major changes to your diet. 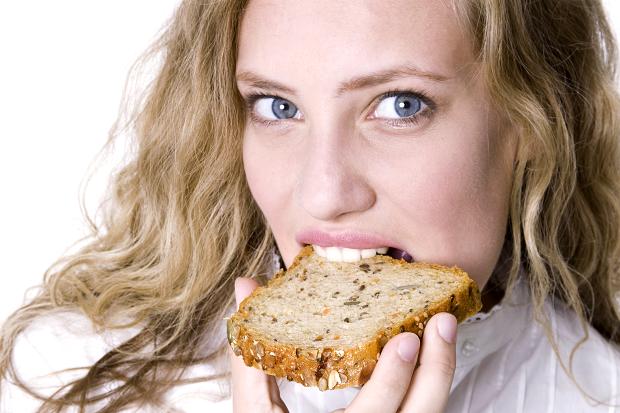 Is Gluten Causing My Acne?

While there is definitely a link between the foods we put into our bodies and how well those bodies function, the link between gluten and acne is much more tenuous-much of what has been said on the subject can be chalked up to mere fad dieting.

Before you ditch your gluten-rich foods in the hopes that it will clear up your breakouts, let's take a moment to explore the facts (and misconceptions) about gluten and its role in the acne process.

If you are not suffering from gluten intolerance, then there is little to no chance that gluten is causing your acne. Your body can process the substance without having any adverse side effects.

If you do have celiac disease, gluten might be making your acne worse, but it's not the cause of it. Another common symptom of gluten intolerance is skin inflammation, which as you may already know can make acne breakouts worse or prime your skin for new breakouts in the future, but this is not the root problem.

What Is the Cause of Acne Then?

Acne begins when your sebaceous glands, which are located in your skin all over your body with exception your feet, palms and arm pits, overproduce skin oil-known as sebum. This excess sebum clogs your pores and allows acne-causing bacteria to flourish, which leads to the all-too-familiar blackheads, whiteheads, and cysts.

The overproduction of sebum may be caused by a number of factors with hormonal imbalance being the most prominent one. This imbalance can come from many things like puberty, pregnancy, menopause and your body subtle or less subtle issues, but the one thing it cannot come from is diet alone! Therefore, expecting dietary changes to eliminate your acne entirely will leave you disappointed when you don't receive the results you were looking for.

While gluten can potentially affect the functioning of your body, its mechanism of action is different and it does not really affect your hormone levels and therefore it is not a major reason behind the cycle of acne.  Therefore, altering your gluten consumption will not treat the cause of acne - although it may help you with the symptoms of acne, but only if you are truly suffering from gluten intolerance.

Instead, to effectively treat acne, you must address the root of the problem-that is an over production of sebum by sebaceous glands and factors that may over stimulate those glands. One of the major culprits in doing so is a hormonal imbalance, most often too many free androgens (known as testosterone) in the blood. AcnEase does this in a safe, natural way by moderating the impact of a hormonal imbalance on your sebaceous glands without changing or affecting the hormones. This allows AcnEase® to improve both your current breakouts as well most importantly to PREVENT new breakouts from coming, decreasing the instances of acne in a future and breaking the cycle of acne.

If you've been suffering from acne for many years, it makes sense that you would want to explore each and every potential cause of your breakouts, but really, gluten poses no risk for most people and can only worsen (but not cause) acne in people with celiac disease.

With a Promise of Clear Skin,
Dr. A 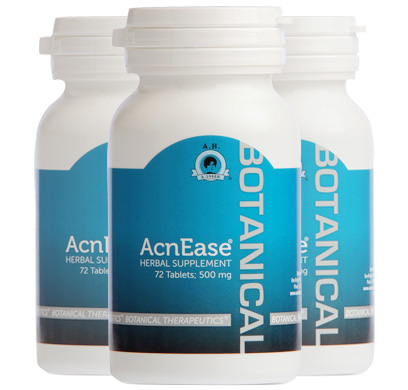